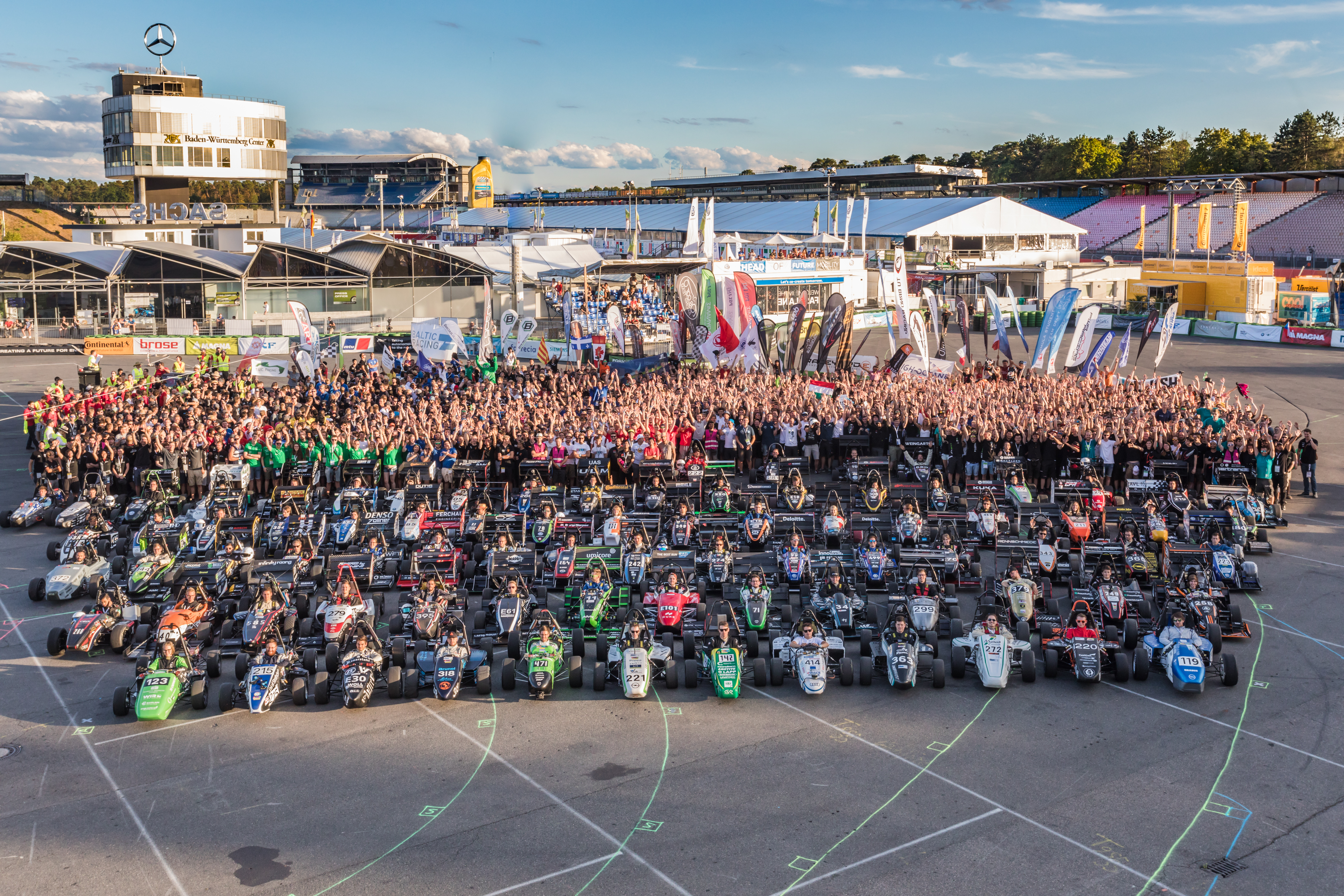 The competition exists since 1981 and has evolved a lot. Today there are many events worldwide, attended by students from various universities. Several hundert teams compete against each other in different classes. Among them are 4 Swiss teams. At first there was just a combustion class, in 2010 an electric class was introduced and since 2017 there is a driverless class.

During the event the vehicle is checked to comply with the rules and be safe, then different disciplines are performed. There are static and dynamics discipines. In the dynamic disciplines longitudinal and lateral acceleration are tested, and there is an endurance race, during which the vehicle must complete a distance of 22 km as quickly as possible. Not only time but also energy efficiency is rated. In the static disciplines the considerations of the students are examined. In engineering design the students present their technical design. Beside engineering design there is also a cost and a business discipline.

In January, the teams need to pass a rules quiz to qualify. In the months before the event they also need to upload various documents.
The event will be 5 days long.
The teams arrive before the first day and register all team members and their vehicle.
During the first 3 days the technical scrutineering of the vehicles takes place. This includes different stations the vehicles need to pass, so that it is allowed to drive. Beside the technical scrutineering the static disciplines are held.
On the fourth day, the dynamic disciplines start with acceleration and skidpad, followed by autocross.
On the last day the endurance race takes place. Not represented at Formula Student Switzerland.
The combustion class was the first one.
Teams usually use a combustion motor of a motorcycle and use it to build a racecar.
Combustion is still the most widely spread class among teams.
For teams with small budgets, it's an opportunity to nonetheless take part in a very intensive project. The electric class was introduced in 2010 by Formula Student Germany and allows the teams to use electric instead of combustive motors.
Some teams build their own motors and batteries and accordingly push the technology.
This class is currently growing and increasingly accepted at events. 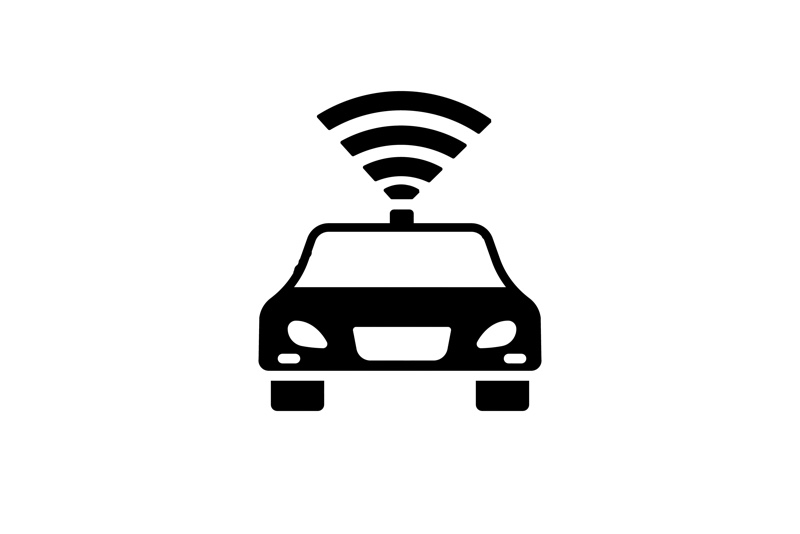 Not considered for 2020.
The driverless class was introduced 2017 by Formula Student Germany.
Teams take an older vehicle, combustive or electric, rebuild it and equip it with sensors, so that it can race without a driver. At engineering design the students are questioned about the design of the vehicle. The students prepare and show the judges their technical Design. 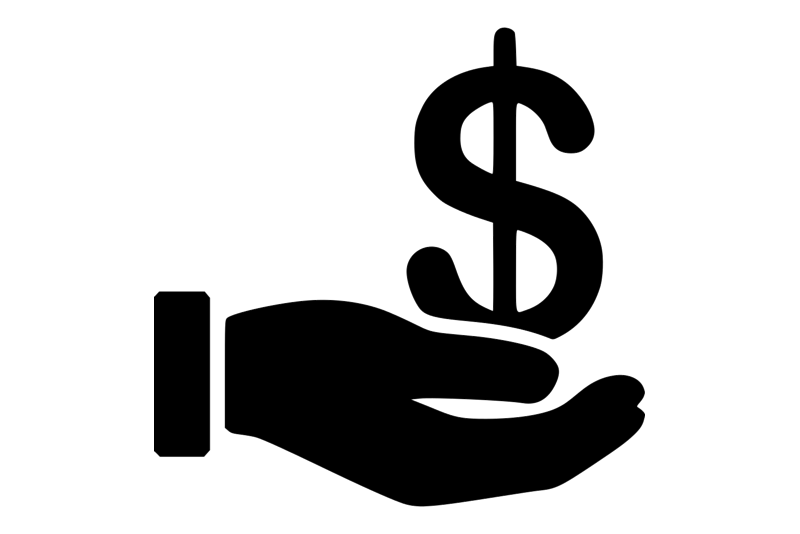 The team analyses the cost of the car and their finances and answers questions about costs and manufacturing of the parts. At the business presentation the students present a fictional sales strategy. The judges represent investors, which have to be convinced to invest in the imaginary company. The vehicle has to drive 75m from a standing position, as fast as possible. 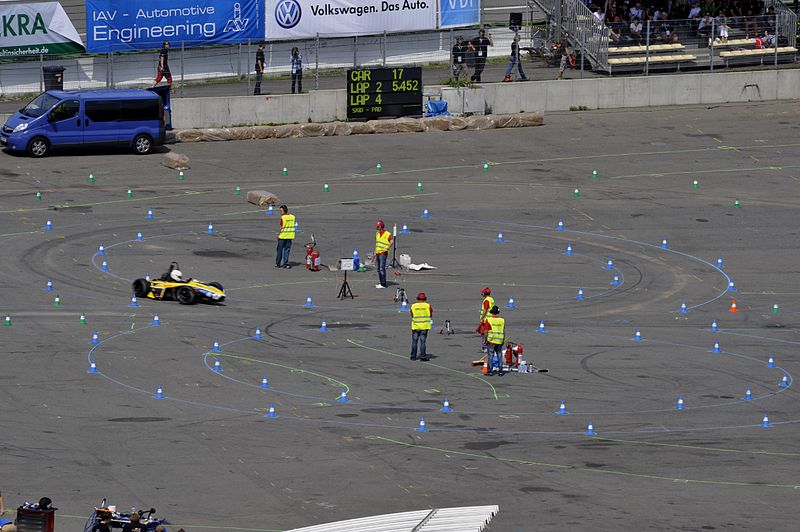 The Vehicle has to drive 2 circles, one left and one right. The vehicle has to race a track as fast as possible. The vehicle has to race a track of about 22 km. From the vehicles that finished the endurance, the used energy is calculated.